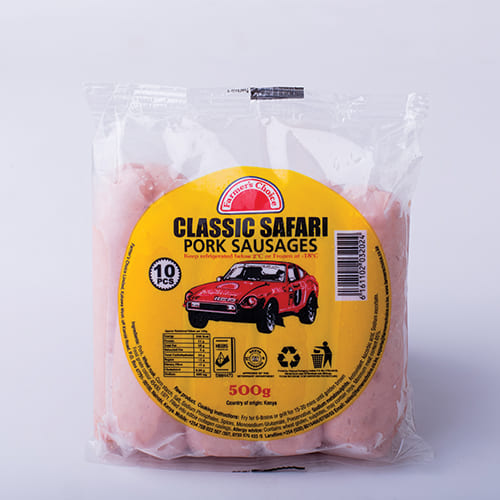 In 1994, the cut throat World Champion Safari was graced by our very own Ian Duncan Ian Duncan who confirmed to race alongside 45 other drivers. This was great news for Kenya. It was then that Farmer’s Choice and Toyota Kenya joined hands to sponsor his campaign. Ian Duncan drove the Toyota Celica GT4 christened “Flying Sausage”.
He won the match, being his very first win his racing career and was honoured by Farmer’s Choice who introduced the “Safari Sausages” with the Toyota Celica GT4 vehicle branded on the package. Enjoy the signature taste of Safari sausages in honour of a great man.